On Nigeria and Biafra: No Victor, No Vanquished! 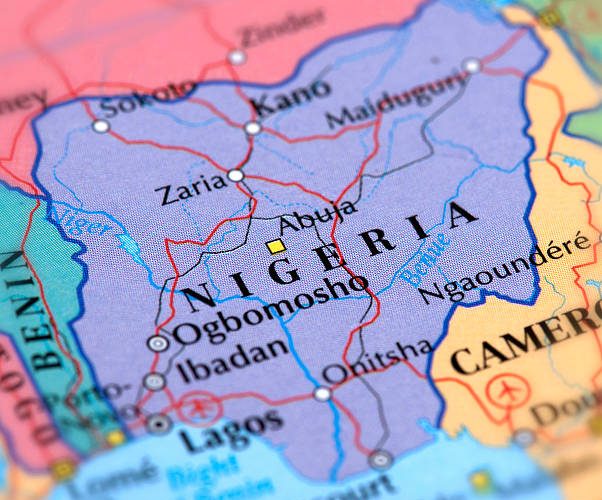 There is a problem when a nation continues to pretend it didn’t have a civil war. There is a much bigger problem when it refuses to walk the path of reconciliation. In pretending, the elephant in the room continues to grow, until one day there is no space for anyone else other than the elephant. The problems that led to the Biafran war still very much exist, and refusing to have a conversation about it makes the entire “No Victor, No Vanquished” idea a joke. There was a victor, there was the vanquished.

In 1953, Anthony Enahoro moved Nigeria’s first motion for independence in parliament. Alluding to the precedence set by Enahoro, S.L Akintola revisited the motion for Nigeria’s independence in 1957, but they squashed it in the parliament. In 1958, Remi Fani-Kayode prayed to parliament to revisit Enahoro’s motion. This time it was passed by parliament and acquiesced by the British colonial authorities. Fani-Kayode’s motion called for independence to be granted on April 2, 1960, but after the colonial authorities asked for more time, Sir Tafawa Balewa asked for an amendment to the date in 1959.

On October 1, 1960, at Tafawa Balewa Square the British flag was lowered, and the Nigerian flag was hoisted to loud jubilations from the people. Sir Abubakar Tafawa Balewa became the first Prime Minister of the new nation of 35 million people. In his speech to the nation, he said “This is a wonderful day,… But now we have acquired our rightful status, and I feel sure that history will show that the building of our nation proceeded at the wisest pace: it has been thorough, and Nigeria now stands well- built upon firm foundations…”

Maybe Tafawa was too forward with his assertion because the violence that shrouded the October 1965 Western Region election, where some 160 civilians and seven police officers were killed, was soon to plunge the nation into darkness. On January 15, 1966, Nigeria had its first military coup, led by Major Chukwuma Kaduna Nzeogwu and Major Emmanuel Ifeajuna. Prime Minister Ahmadu Bello and Western Premier Akintola were two of the notable names killed. General Johnson Aguyi-Ironsi, the most senior military officer at the time, led a defence, took over the government, and suspended the constitution the next day.

Twenty-two individuals were killed during this military coup. On May 24, 1966, the military government announced a unification decree, and abolished the four federal regions. In a counter military coup led by Lt. Colonel Murtala Muhammed, Major General Aguiyi-Ironsi was deposed and killed on July 29, 1966.

Coordinated widespread violence against Igbos in Northern Nigerian began in May of that year. About 30,000 Igbos died as a result of this pogrom. And some 1 million Igbos fled from Northern Nigeria to Eastern Nigeria following the federal government’s lack of enthusiasm in protecting them and seeing an end to what was a genocide. Lt. Colonel Yakubu Gowon became new head of the federal military government, and on August 31, 1966, he restored the four federal regions, an attempt to appease all the regions.

The federal government promulgated Decree No.8 in response to the accord. On May 27, 1967, the Gowon led military government broke the regions into twelve states. And divided the Eastern Region into South Eastern State, Rivers State, and East Central State. Ojukwu drew the line. On May 30, 1967, Ojukwu declared the independence of the Eastern Region from Nigeria; and Biafra was born.

War broke out in the wee hours of 6 July 1967 when the Nigerian Federal troops advanced into Biafra. The Biafran war was a full humanitarian crisis that lasted for three years. Ojukwu fled into exile to Ivory Coast in early January 1970. Philip Effiong led the Biafra surrender on 13 January 1970. Fighting ended a few days later. About two million Igbos died because of this war. In some quarters they regard the Biafran war as a genocide, especially when one considers that the Federal Government used starvation as a war tactic.

The ghost of the Biafran War continues to haunt Nigeria, and one wonders if walking the path of reconciliation would put that ghost to rest. The Igbos lost a lot, and the Nigerian government must acknowledge that. Nigeria hasn’t moved an inch from Biafra, we are still stuck in the politics of separatism that led to the war in the first place. After the war, Gowon said, “The tragic chapter of violence has just ended. We are at the dawn of national reconciliation. Once again we have an opportunity to build a new nation…”

Maybe Gowon meant well, but there was no reconciliation, and Nigeria lost an opportunity to rebuild. And even as the nation celebrates its sixtieth year of existence, one wonders if the victors aren’t making the vanquished pay heavily for its continued existence.