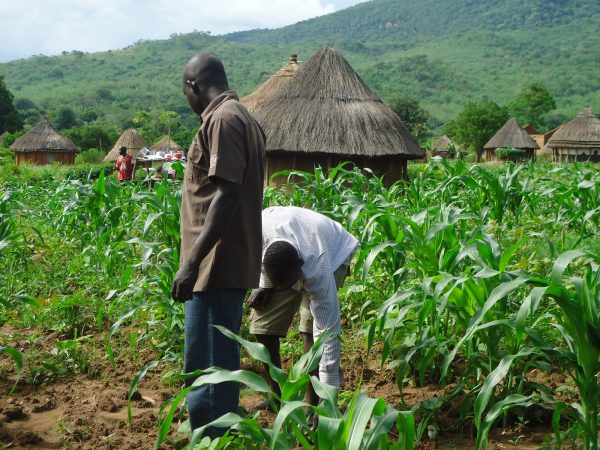 In early January 2020, Bola told me he had started a food produce supply business. He gets his goods from a wholesaler who brings the produce from the North and sells them in retail at one of the popular markets in a Southwestern state.

Fast forward to late November, when food prices had skyrocketed partly due to government imposed inter-state lockdown in response to the COVID-19 pandemic, Bola’s business was running at a deficit. His regular suppliers from the North could not harvest their produce because of banditry attacks and kidnapping of farmers — so he had to buy and transport his food items at higher prices.

This is a typical supply chain problem that threatens Nigeria’s food security. Nigeria has a long history of food crisis, influenced by several factors including insecurity, and some other reasons detailed below.

Safeguarding lives, properties and means of livelihood have become one of Nigeria’s security banes in the twenty-first century. The Northern states that have the highest number of farmers across all nineteen states have had to deal with multiple threats like Boko Haram insurgency, incessant extortion, and banditry attacks. An example is the November Zabarmari massacre, where forty-three farmers were killed.

Several abductions, attacks and killings have been meted on farming villages in Kaduna, Zamfara, and Katsina where villagers and farmers were kidnapped and killed for failure to pay ransom to abductors. There have also been farmers-herdsmen clashes spreading from North to South, over farmland/grazing trespassing and cattle-rustling, while communal clashes are still ongoing in Southern Kaduna towns.

This insecurity issue has led to homelessness of some northerners, therefore, worsening hunger and food crisis, while farmers’ choice of safety over going back to farming affects food prices and supply chains.

President Buhari’s directive to close all Nigeria’s land border in August 2019, though in line with his mantra of “produce what we eat and eat what we produce,” has had rippling effects on food prices and inflation. Although the land borders were re-opened in December ahead of the commencement of the African Intercontinental Free Trade Area (AfCFTA) in January 2021, its effects on inflation may take a while to disappear.

Over the years, successive administrations have placed an embargo on importation of staple food items such as rice to protect local industries and boost local production. However, there has been little or no evidence to support the effectiveness of this approach. All the aforementioned have a spill-over effect on Nigeria’s consumer economy, which is buoyed by importation of some food items.

Lockdowns, curfews, and restriction of inter-state movements and border closures as part of the government’s responses to the COVID-19 pandemic, worsened hunger situation and affected food supply and prices.

Nigeria accounts for about fifty percent of West Africa’s food insecure population and analysts project it will increase by the end of 2020.

I observed an instance of the food crisis when citizens took to looting COVID-19 palliative warehouses across Nigeria; it was surreal.

Besides all these, Nigeria’s rising food crisis emerged from factors like poor irrigation systems which is worsened by Lake Chad’s shrinking and desertification that keeps encroaching on arable lands.

Other prominent factors are poor funding and unsustainable policies like the Farmers Anchor Borrowers Programme. Another factor is the limited mechanized farming in the country, as most farmers in Nigeria still practice traditional farming methods. Poor rural development, like inaccessible roads and other social amenities, also adds to the issue.

Insecurity as basis for food crisis

All these factors and more have been tipping the scale of the food crisis for a long time, but border closure and the pandemic triggered the surge in food prices because Nigeria imports more than a tenth of its food supply.

But insecurity issues plunged it into further chaos as the situation where two-thirds of the population — mostly in agrarian communities — fear for their lives and would rather not go to the farm. This then affects productivity in the food supply chain.