Impact of the Russia-Ukraine Invasion on Nigeria’s Economy 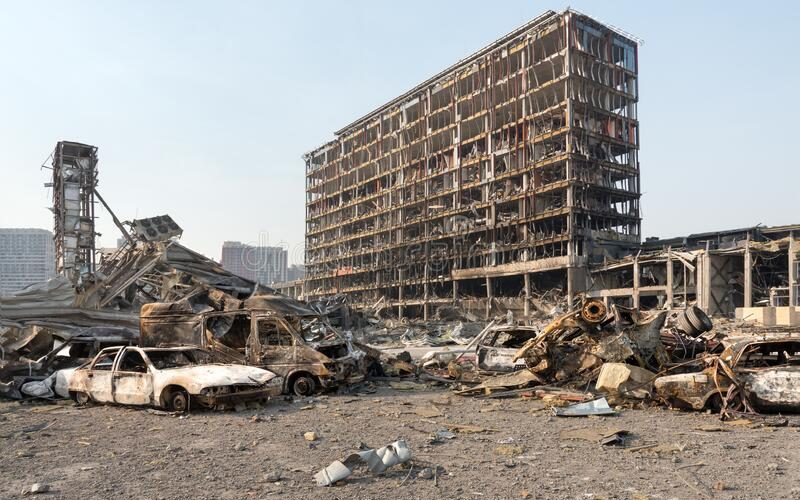 On February 23, 2022, Vladimir Putin, the President of Russia, announced through a televised address that the Russian government would recognise the Donetsk People’s Republic and the Luhansk people’s republic as independent republics, two republics that had been trying to break away from Ukraine.

Following this announcement, the Russian government immediately began a “special military operation” to “demilitarise and denazify” Ukraine, after which airstrikes, missiles, and heavy bombardments reverberated across many Ukrainian cities, not least Kyiv, Ukraine’s capital city. These airstrikes were also followed up with large scale ground invasions which crisscrossed multiple routes in Ukraine.

Now, more than three months after Russia’s swift invasion of Ukraine, the entire situation remains as unwieldy as it originally was, perhaps even more. More than 26,000 civilians, mostly Ukrainians, are estimated to have been killed as a result of the invasion, and Russia itself confirms that it has lost more than 1,351 armed forces.

How Does This Affect the Nigerian Economy?

Russia is the second-largest oil exporter in the world. However, following its invasion of Ukraine, the United States, United Kingdom, Germany and the European Union have all begun complete and gradual bans on imports of Russian crude oil. These oil embargoes mean that the reduced global oil supply following bans on Russian oil, which was initially estimated at up to 3 million barrels of oil per day, will make the price of oil increase since there will be a drop in global supply.

Today, the price of a barrel of Brent crude oil is around $114.2, far above the average price of $70.68 in 2021. This means that the Russia-Ukraine invasion will inadvertently allow Nigeria to make more from the sale of crude oil to countries in Europe and Asia.

2. Increase In Transportation and Manufacturing Costs

Nigerians reportedly consume about 56 million litres of Premium Motor Spirit (or petrol) per day; more than 12 million litres of diesel daily and about 78.86 kilolitres of jet fuel per month. However, Nigeria does not produce any of these fuels, but only explores and exports crude oil. The refined products are then imported for domestic use. With the global increase in crude oil prices, the cost of refined products will increase, and by extension, the cost of transportation and manufacturing will go up.

Already, the price of diesel has doubled, going from around ₦288 in 2021 to more than ₦700 in March 2022. Aviation fuel has also increased from  ₦500 per litre to ₦680 per litre. The federal government only pays a high fuel subsidy on petrol, so the price of imported diesel and aviation fuel may get much higher.

Russia is a major exporter of durum wheat, and Nigeria imported over ₦86 billion worth of durum wheat in the third quarter of 2021 alone. However, with the global financial sanctions placed by western countries on many Russian banks, the cost of this food product has been on the increase. This is one of many price increases that are connected to the Russia-Ukraine crisis.

Economically, the invasion keeps stirring up a sandstorm of undesirable outcomes, globally. The World Bank predicts that Ukraine’s economy will shrink by 45 per cent in 2022, and the Russian economy will contract by 11 per cent. The IMF also predicts that US inflation will reach 7.7% while inflation in the European area will climb to 5.3%.

The economic impacts of the Russian invasion of Ukraine are far-reaching and these realities underscore the importance of global peace. After all, no single country is entirely self-sufficient.