Reviewing the Lust of African Leaders for Power 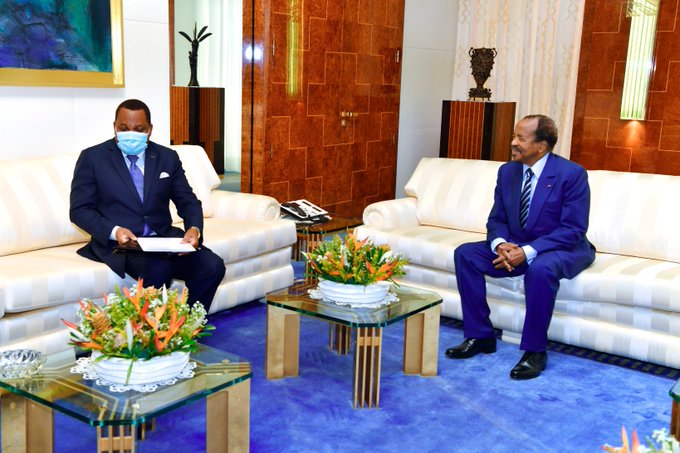 In the wee hours of August 19, 2020, President Keita of Mali announced his resignation from office. In his address he said, “I want no blood to be spilled to keep me in power.” This brought an end to his seven-year reign. Five colonels led by Colonel Assimi Goita soon appeared on TV, they called themselves the National Committee for the Salvation of the People.

As saviours they reeled out decrees, proclamations and promised the people a new dawn. Malians flooded the street in celebration, their saviours had arrived. The mind quickly forgets about an earlier oppression in the face of masked freedom. In 2012, Malians were here also; the military taking over, Keita becoming president. Déjà vu; a merry-go-round.

Mali is not an anomaly. Between 1966 (when its first republic was interrupted by a coup) and 1999, Nigeria had 8 coups; each ushering in a dictator that was overthrown by other power-hungry elements. Most African state have had at least one power-hungry leader on its throne. The Arab Spring of that began in 2010 was a major purging off dictatorship by Northern African states. But did they succeed?

Africa’s independence was fought for by an elite group of Pan-Africanists; men and women who believed that Africa was capable of directing its own affairs and determining its relationship with the rest of the world. The late fifties, sixties, seventies, and eighties saw majority of African states gain independence. A charge led by Kwame Nkrumah, Obafemi Awolowo, Nnamdi Azikiwe, Muammar Gaddafi, Robert Mugabe, Jomo Kenyatta and Patrice Lumumba to name but a few. Each of these individuals were heroes in their own right. Each fought to free their nation from the grip of oppressors.

History has shown that revolutionaries do not interfere to save democracy, rather they do so for their hidden agenda of seizing power for themselves too. In Batman Dark Knight Rises, a major protagonist said you either die a hero, or you live long enough to see yourself become the villain, he became a villain, most African liberators became villains. Kwame declared himself life president, Mugabe was disgrace out of office after 38 years, Gaddafi was dragged through the streets of his beloved Libya. There is an endless list of African leaders getting drunk on power. So, the question really is, is power the problem? Or is Africa the problem?

In December of 2016, Adama Barrow defeated Yahya Jammeh during the Gambian election. Yahya had been president since 1994. He rejected the election results and called for fresh elections. It took the intervention of ECOWAS and AU to persuade him to leave. Finally, on 21 January 2017, Yahya left. Côte d’Ivoire wasn’t so lucky in 2010. It took the military’s intervention to ensure that Alassane Ouattara got his political mandate from the Laurent Gbagbo, the incumbent.

Power in the hands of an African is a tool for oppression: the leader stepping into his role as life master, the populace content in their place as slaves. Also, Africa is one of the few regions in world where a lot of power is concentrated in the centre. This, coupled with the lucrative nature of its politics ensures that African leaders accumulate a lot of wealth on the back of their people’s sufferings. It is almost impossible for any single individual to consider leaving paradise (public office) for normalcy. Africa lacks the political will to devolve power away from the centre.

Africa is lacking in systems. Home to over 1.2 billion people that are plagued by numerous socio-political issues and a leadership dearth, Africa has created a “messiah” vacuum. Blinded by their problems, Africans are actively seeking individuals that would solve all their problems with a sprinkle of a wand. So, mere individuals are elevated to positions of demi-gods in this messianic quest. There is only so much power that an individual can wield; Africa gives too much power to its leaders. And by design, absolute power corrupts. It is time for Africans to focus on strong systems and accept that the quest for strong individuals, ‘messiahs’, is a futile quest.

So, when Malians flooded their streets in jubilatory mode, celebrating their new saviours, I could picture people across the continent looking at them, not with longing, but with pity.

This article conveys the views of the author and not necessarily that of the trustees, staff or members of Ominira Initiative.