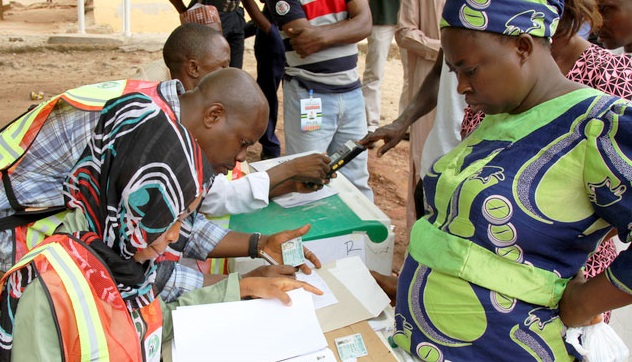 Nigerias’ electoral body, the Independent National Electoral Commission (INEC) had on Monday 28th June 2021 commenced the registration for permanent voters cards nationwide. It represents a shift away from norms as it has commenced two years before the next general elections.

This initiative has received and continues to receive commendations from Nigerians home and abroad. The implication of this is that many more eligible voters can register and obtain their voter’s card with relative ease as against the rush that characterised previous general elections.

Since Nigeria returned to democratic governance in 1999, the country has witnessed six (6) general elections, which are often marred with violence, voter suppression and massive rigging.

Over the years, Nigeria’s voting population has cultivated a penchant for political apathy, averting every form of political participation based on a long-held belief that their participation or vote doesn’t change the eventual outcome of elections or other political processes. This leaves the fate of the nation in the hands of politicians and their cronies. There is no doubt the electoral process is greatly flawed, but until the people take charge of their future, it will continue to be flawed.

The growing apathy by a bulk population of the masses has afforded politicians the means to govern without recourse and accountability. However, every election offers a ray of hope to the people; a hope for new and better leadership, and for good governance at all levels.

When the incumbent president, general Muhammadu Buhari, came on board in 2015, he promised a message of prosperity, revived economy, stable employment, security and anti-corruption. Seven years later, Nigeria is mired in the worst economic situation since independence. The security architecture of the country has fallen apart. Criminals run riot on public and private infrastructure with no deterrence by security bodies. Nigeria is on the brink of a food crisis, with a great surge in the price of food products and commodities.

Since 2007, there has been a decline in the percentage of voters turnout for elections. According to data from African Election Database, there was a 57.5% turnout of voters in 2007. Subsequent elections witnessed 53. 68% (2011), 43.65% (2015), and 34.75% (2019).  The reasons for the sharp decline are not far-fetched. A growing culture of political apathy, violence and massive rigging which is now long associated with elections in Nigeria.

Since the last general elections, INEC has made a considerable leap in the adoption of technology to further weed out corruption from the electoral process through the adoption of the Smart Card Reader (SCR), an election result viewing portal known as INEC Result Viewing. All fingers remain crossed as the entire nation awaits the passing of the electoral acts by the National Assembly.

The provision of the online pre-registration portal where citizens of age-grade 18 years and above can register and schedule a later date for biometric capturing is an exciting innovation from the electoral commission. There is no better time for this initiative than now when many more people have the luxury of time and choice to decide when to get their voter card without rush and panic.

In October 2020, Nigerian youth troop out en masse to protest against Special Anti-Robbery Squad (SARS), a rogue police unit known for massive extortion, brutality and reckless killing. For the first time in a very long time, Nigerians united against a common enemy and prevailed. The federal government yielded to the demands of the people and scrapped SARS within five days of the protest. The protest gained further momentum and morphed into a full-blown agitation against corruption, insecurity, unemployment and other Nigerians’ vices. The people recognised the power in unison and explored it to the fullest until the protest was cut short by the machinery of the state.

However, protest itself is not an end, but rather one of the instruments of change. Protest can not ensure long term transformational changes the people yearn for. Only elections do. (Young) people must realize the need to adopt a pragmatic approach to governance rather than quick fixes of protests and social media clamouring. Elections remain the best tool to fix the country by electing competent and visionary leaders.

Now that the electoral commission has placed the ball in our court, by availing voters registration two years before the next general elections, every Nigerian is now given a chance to decide the future of the country. There can be no excuse or justification for apathy.

The office of the citizens remains the highest office in the country, and the first way to express power in the office is to register to vote and vote on election days. Once again, Nigerians have been presented with an opportunity to decide their future, the people must grab the opportunity with both hands. Every election is an opportunity for hope, redemption, renewal and restoration.